Over the years of dealing with the gardening public, I realized that we often throw around terms and names that could be a bit misleading. Eventually, I jotted some of these tricky terms down and came up with the following:

The mountain ash tree (Sorbus) may come from the mountains but it is not really an ash tree (Fraxinus). It is actually a member of the Rose Family and is a close relative to apples, pears and roses. Mountain ash trees are not bothered by the Emerald ash borer either although, since mountain ash have their own serious disease and insect problems, that might not be a bad thing.

Boxelder tree seedlings are often mistaken for poison ivy when they first emerge from the seeds. They have the same three leaf structure but they soon form a tree-like stem and not a vine like poison ivy.

Douglas fir is not a true fir tree. Kirk Douglas was the star of Sparticus. 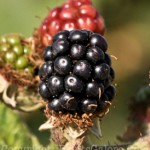 Blackberry plants are less winter hardy than raspberries. When you pick a blackberry, the little white pit comes along with it while the pit stays on the plant when you pick a raspberry.

Dutch elm disease killed primarily American elms (Ulmus americana). It might have come to the U.S. from Holland, thus the name.

Oregon grape holly (Mahonia) is not a holly (Ilex). It may be from Oregon but it does not produce grapes either.

The roots of black walnut trees (Juglans nigra) produce a substance called juglone that is poisonous to many other plants. Tomato plants growing near walnut trees will often wilt and die in late July. 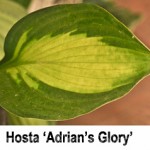 Hostas used to be called Funkia. There was a rock group called the Funkadelics back in the 1960s but I don’t think they had anything to do with hostas but might have been familiar with grass

Spider mites are not insects. Insects have six legs. Spiders and their relatives have eight. Eight is Enough was a television program back in the 70’s.

Grape hyacinth are not hyacinths. They are in the genus Muscari. Their fruit makes lousy wine.

Bats have their young during the first two weeks of June. The runt of the litter is always named Robin.

Yellowjackets, wasps and hornets live and use their nest just one year. A few queens survive the winter and re-establish completely new nests the following spring. The rock band, “Queen” maintains a nest in England.

As always, if you have landscape gardening questions or have a topic you would like to see covered, please let me know.

I am currently working on the next eBook, “A Rookie’s Guide to Hostas, Hostas, Hostas” which should be ready by the end of November, 2012.

One thought on “Gardening Short Shots”