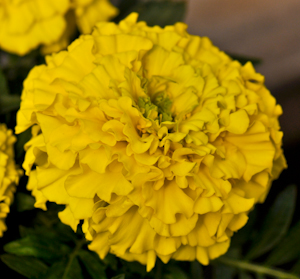 “Spread some lime to get rid of those grubs.” “Marigolds will keep those rabbits away.” “Plant winter squash on the third day after the full moon.” “Spray beer, molasses and ammonia on the lawn to make it healthy.”

Home remedies come in all shapes and forms. Some actually work. Others do no harm but do not work either. A few will do a lot more harm than good. After a couple of decades of answering homeowners’ phone calls, I sometimes think I have heard them all…then the phone rings again and it is something new.

I have learned to not just discount home remedies out of hand. After listening to them, I always try to figure out why the remedy would possibly work. Occasionally, there is actually a scientific basis for at least some of the claims. Ammonia is a nitrogen source. Certain plants either taste bad or emit chemical aromas which may repel animals or insects. Unfortunately, there is not always a provable link between science and the belief of the gardener.

The key problem with many home remedies is that they are not tested scientifically. They are based on what is called “anecdotal observations.” Somebody’s neighbor had grubs in their lawn. In May a couple of years ago, they spread some lime. In June, he dug around the lawn and the grubs were gone. Therefore, the belief that lime will get rid of grubs begins to spread.

The science is th 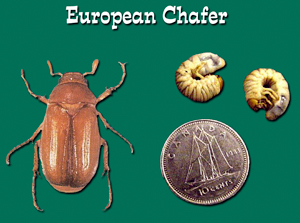 at the grubs of the European chafer transform into beetles in June. They emerge from the ground, fly around one night, mate and lay their eggs in the soil and then the adults die. So, if you check for grubs in June, you probably won’t find any whether you treated or not. They are in their egg part of the life cycle and those eggs are mighty small.

Scientists certainly do not know everything either. However, by conducting experiments, they try to figure out a cause and effect relationship. The key to their experiments is to control all the factors involved in plant growth cycle. Then, they change just one factor and see what happens. They do this to a large number of plants to minimize the effects of random occurrence or chance. This is extremely difficult since there are so many factors involved in plant growth.

Many plant experiments are conducted in greenhouses where temperature, soil, humidity, light, water, nutrition and other factors can be closely controlled. The treatment being tested is applied to half of the plants and the others are left as “controls” for comparison purposes.

For example, say half the plants were treated with “X” and those plants grew taller than the ones which were not treated. Watering, temperature, soil, etc. were the same for all plants. The experiment would be repeated several times to

see if the results can be duplicated.

Only then would it be reasonable to say that “X” had an effect on how tall this particular plant would grow. Even with such strict controls, the best that can be said is that “there is a high probability” that “X” made the difference. The results rarely show a 100% certainty of anything. Usually, a 95% certainty of the cause and effect relationship is needed to make any recommendation.