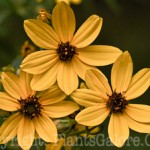 Welcome to the blog from PlantsGalore.Com. My name is Ralph Heiden and I am a retired Extension Horticulture Educator from the Midwest. Over 30 years as a professional horticulturist, I have gained a lot of education and experience…some of it quite interesting. In this blog and with my website, I hope to continue to share what I have learned with my fellow backyard gardeners.

Although I was once forced to be a “generalist” covering all aspects of horticulture, my retirement gives me the freedom to concentrate on my main love, ornamental horticulture. So, you won’t hear much about fruit and vegetables or greenhouses on these pages. My energy will be focused on ornamental trees, shrubs, annuals, biennials, perennials and vines that are used in the home landscape. I have developed a special interest and “expertise” in hostas since I have gardened in the shade for several decades. That is why I have created a website called HostaHelper.Com where I currently have photos and information on over 2,400 different hostas.

Anyway, to kick off this new blog, here are a few anecdotes about some of the interesting experiences I encountered while answering a couple thousand telephone calls each year during my tenure as Horticulture Educator.

Most of the calls I received at my office were straight forward requests for information about problems people were having with their plants. I tried my best to give an answer or to direct the people to someone else who might be able to help. Occasionally, I would get a call that made me sit back and laugh or shake my head in wonder. Here are a few examples.

Someone called and asked  “Who was the Extension Agent on the 1960′s television show ‘Green Acres’?” The strange part was that I knew that the name was Hank Kimble.  After all, Hank was my boyhood hero growing up on our farm next to the Oliver Wendell Douglas farm in Hooterville. Funny, but I never did figure out what state I lived in but the Douglases were really nice people…especially Lisa.

Once I got a call from a lady who said she opened her clothes washer and found a snake curled up inside. About once every spring, I would get a frantic call from someone who had dozens of snakes lounging in the sun all around the foundation of their house. This happens most often to people who have old, “Michigan” basements made of rocks instead of concrete. The snakes would find a hollowed out cavity outside next to the basement wall and slither in to spend the winter. They could survive in the heat that came through the wall into the cavity. Often, there could be a hundred or more snakes present. In the spring, a few would get confused and wander indoors through cracks in the wall. The others would wind up outside to sun themselves on a warm spring day.

One person demanded to know how to rid her property of squirrels that were pestering her children. She lived in a wooded subdivision surrounded by old oak trees in all directions. I wasn’t able to give any good advice in this case other than, “I guess you’ll just have to learn to live with them.” I really don’t know what she expected me to say and I sensed that she was disappointed with my lack of an instant cure.

Some years we had trouble with grubs destroying lawns throughout the county. One person I talked to thought that the grubs were brought in by the smoke from the county incinerator. Several people believed that they were spread by the salt trucks in the winter since most of the damage was in the grass near the street and sidewalk.

It was a good observation, but the truth is that the grubs were most active there because the heat retained by the cement warmed up the soil sooner in the spring and kept warmer longer into the fall. This helped the cold blooded grubs to stay active longer so they could eat more grass roots and kill more plants than in a colder part of the lawn.

Horticulturally challenged people often do not stop to think that trees get old and die just like other biological organisms. They see trees as non-changing, static artifacts that are “just there” and should never change. I was always hearing the phrase, “That tree has been there for 50 years and it has never developed those spots on its leaves before.”

I eventually got to a point in life where I could reply, “You know, I have aches and pains I did not have twenty years ago either. I guess it’s all a part of getting older whether you are a tree or a human being.”

If you have landscape gardening questions or have a topic you would like to see covered, please let me know.

I am currently working on the next eBook, “A Rookie’s Guide to Hostas, Hostas, Hostas” which should be ready by the end of December, 2012.