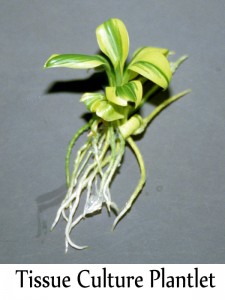 The big question that has circulated around the hosta world since the beginning of tissue culture (TC) is, “Are tissue cultured hostas as good as those divided from a plant growing in the ground?” The answer is a resounding, YES! Just like taking a knife and cutting a part of a hosta crown off to make a division, TC plants are exactly the same as the mother plant.

I think some of the confusion comes from a couple of factors. First, in their effort to make a quicker return on their investment, some nurseries sell tiny, little TC plants in two inch pots. Of course, it may take a year or two for these to grow to the size of a single division taken directly from a mature mother plant. But, they will eventually catch up. 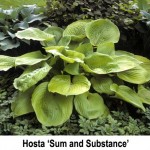 If for example, both plants came from an H. ‘Sum and Substance‘ mother plant, they should both eventually grow to the same mature size given similar growing conditions. It may take the under-sized TC plant a little longer because it started as a smaller plant. If the TC plant is grown to a larger, more typical,  size at the nursery before it is offered for sale, there should be little or no difference between it and a similar size hand-made division. When both plants are grown under similar light, fertilizer, water and other conditions, they will be virtually identical when they reach mature clump size.

Another point of confusion may come from the fact that there seem to be a lot of sports produced during TC. Sports are “spontaneous” changes in the morphology i.e. external traits of a plant. These kinds of changes tend to happen to hostas more than most genera of plants. Whether in the wild populations, in gardens or nurseries, it is quite common to find otherwise solid colored hostas suddenly developing a set of variegated leaves. Or, for variegated plants to “revert” back to the solid base color.

If the new characteristics of the sport are unique or “outstanding”, this changed division may be separated from the mother plant and grown on. Providing that the changed foliage color “stabilizes” over a period of years, the plant may be introduced as a new, named cultivar. The process of finding these changed plants in the garden or nursery is called “sport fishing”.

Finding new cultivars from sports in a random garden is fairly unusual. After all, even the largest of all hosta gardens such as those at Wade and Gatton Nursery in Belleville, Ohio will have “only” about 3,000 different cultivars of hosta. The average hosta enthusiast may have 300 to 500 cultivars in his or her garden. Therefore, the odds of finding an outstanding new sport are rather slim.

In larger tissue culture labs, the number of worthy sports that are discovered is usually way, way above average. There are basically two reasons for this to occur. 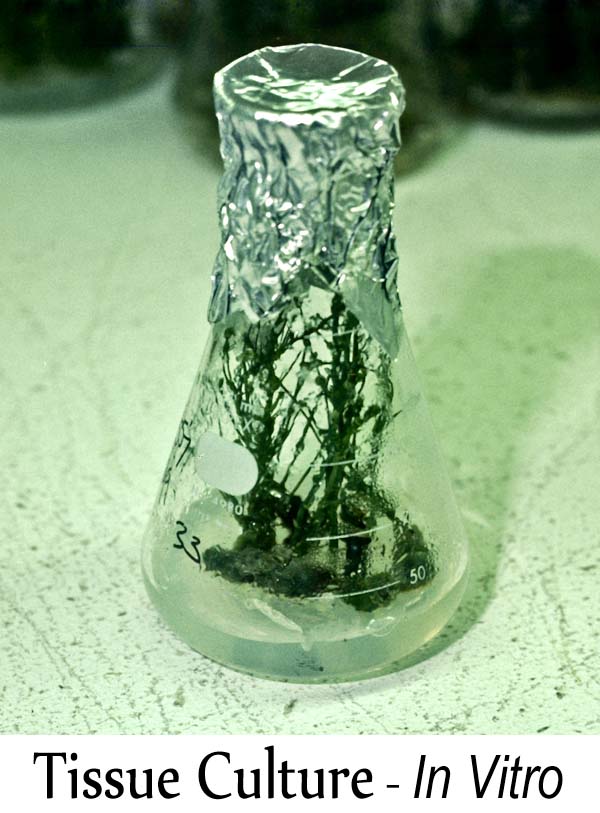 One factor is that part of the tissue culture process is to expose the developing plantlets to a type of naturally occurring plant hormone called a cytokinin. In nature, cytokinins are involved in the development of new buds and in hostas, this includes those buds that produce new sets of leaves from the crown. This is a totally natural process, however, in the TC lab, it is pushed at an accelerated rate. So, the TC plants are producing many, many, many more buds in a relatively short time as compared to their counterparts growing in the garden.

The other factor in TC is that, over a period of 6 to 12 months, literally tens of thousands of an individual cultivar may be produced. So, in a greenhouse situation, there may be say, 10,000 H. ‘June’ growing side by side. How many gardens would a sport fisher have to visit to see this many of one cultivar?

Given the exposure to the plant hormones that stimulate buds and the creation of huge numbers of the same cultivar in a short time and space and you can see that the possibilities for finding outstanding new sports is pretty high. No wonder people such as Hans Hansen and Clarence (C.H.) Falstad who work at major TC labs have registered many outstanding new cultivars of hosta in the past couple of decades.

In the end, the key thing to remember is that all the “non-sports” that come out of the TC lab should be perfectly fine and just exactly like the mother plant cultivar. Quality control at the lab and greenhouse should separate the sports (good and bad) from those that are shipped to the ultimate consumer…the home gardener. 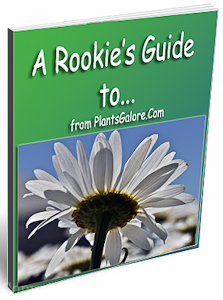 Want to learn more about hostas, the Number 1 selling genus of perennial plants? Well, we are in the process of writing several eBooks about hostas, their care and use in the home landscape. These are part of our “A Rookie’s Guide to…” series of landscape gardening ebooks.

The first in the collection, A Rookie’s Guide to Hostas, Hostas, Hostas, is now available in .PDF and .ePUB formats at Lulu.com. For more on this and our other ebooks…give us a click.