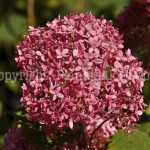 Hydrangeas are beautiful plants for the home landscape. They come in a wide range of types from flowering shrubs to tree types to large sized vines. Although they are perfectly hardy to many northern climate zones, there are times when they do not bloom. New plants often come from the nursery crammed full of blooms. Then, the following spring or summer…nothing. What is the problem?

Well,  the first thing to determine is the type of hydrangea being considered. Different hydrangeas have different flowering cycles and requirements. So, you need to know your plant.

Probably the most common landscape hydrangeas fall into the shrub category. Generally, those plants belong to one of two rather large species that each have fostered many named cultivars prized by the home gardener. Knowing the species of your hydrangea can go a long way to answering the lack of bloom question.

The so-called Smooth Hydrangea belongs to the species, Hydrangea arborescens. It includes the commonly grown cultivars of ‘Annabelle’, ‘Highland Lace’, ‘Eco Pink Puff’ and ‘Grandiflora.’ This species flowers on “new wood” meaning flower buds form on what grows starting in the spring of the current season. 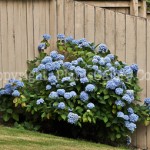 There are a number of reasons why these plants may not bloom. Although these are shade tolerant plants, if the shade is too dense, they may not bloom. Also, if you prune the plants in late May or early June, you would be cutting off the flower buds. A third possibility is the excessive use of nitrogen fertilizers which may encourage a lot of foliage growth at the expense of flower production.

The large shrub or small tree called the Panicle Hydrangea, Hydrangea paniculata, also blooms on new wood. ‘Grandiflora’ and ‘Pee Wee’ are common cultivars of this type of hydrangea. 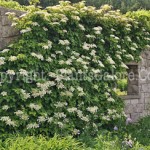 Bigleaf hydrangeas set their flower buds on “old wood” tissue. This means that, in the autumn, they set the buds which will become blooms the following spring. 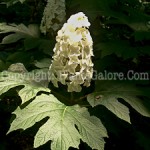 When this type of hydrangea fails to bloom, it generally means that either the flower buds have died during the winter or were cut off by the pruning shears of an over eager gardener. Like most other spring flowering shrubs, these plants should be pruned just after they get done flowering and not during the dormant season.

The Oakleaf Hydrangea, Hydrangea quercifolia, flowers on old wood. In northern gardens, it will often survive but may not flower after a particularly cold winter depending on the individual site.