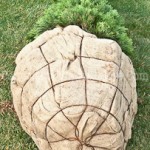 If a plant dies within the first year or two after being transplanted, the cause is almost always “transplant shock.” It would be extremely unusual for an insect or disease to cause an otherwise healthy transplant to die that quickly. So, the question becomes, “What is transplant shock and how do I prevent it from killing my plants?” 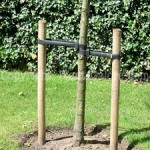 What all this boils down to is that the key to successful transplanting lies in preserving and restoring the root system. The key rule is to take as much of the root system along as possible whenever you move a plant. Unfortunately, no matter how careful you are, the plant will always lose some of its root mass during the transplanting process. Just jostling the plant a little bit will cause the death of tiny root hairs in the soil and digging will often cut off even larger roots.

Most damage will occur when you dig up a plant in the garden for transplant. Plants that come from the nursery in containers will suffer less root loss because they have had time to grow a dense, healthy root system in the pot. Those less effective, larger plants are sold balled and burlapped which helps keep the root mass together during transplanting. However, the plants are handled, however, remember that the key is to take care to prevent significant root damage or loss.

So, you have handled that transplant with care but the next step is to get it into the ground properly. Here, the general rule is to place the plant at the same depth as it was growing at its previous site. Many plants are eventually killed by being planted too deep in the soil. Generally speaking woody plants such as trees or shrubs do not tolerate having their bark buried in the soil. The moisture will eventually rot the bark and kill the cambium layer. There is a wide range of tolerance for this problem and some trees may live for many years after being improperly planted. However, eventually, it will lead to the death or loss of vigor in the plant even if it takes ten years to manifest itself.

A vital part of the equation to prevent transplant shock is post-transplanting care. By far the most important factor is to keep the plants moist but not saturated i.e. waterlogged, during the first season or two after transplant. If the plants are allowed to get too dry, this will kill more roots and retard the root renewal process. In the extreme, this may cause the death of the plant. Overwatering will cause similar problems. Remember that roots need oxygen as well as water around their roots in order to thrive. 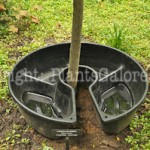 Generally, fertilizers are not of great importance during the immediate post-transplant period. Until the plant re-establishes its root system, it will not be able to use it anyway. Also, if the fertilizer comes into direct contact with the roots, it may actually kill them. This rapid dehydration caused by water moving quickly from the roots into the salts in the fertilizer granules is what we commonly call “burning.”

Preventing transplant shock sounds pretty simple. Preserve as much of the root system as possible and keep the plant moist as it grows new roots over the coming season. Unfortunately, it is often not that straight forward.

The condition of the plant when your receive it is generally out of your control. The plant may look all right but it may be in poor vigor from improper care during the previous growing season. Someone at the nursery may have accidentally dumped some extra fertilizer into the container that may be released after you transplant it. Poor watering practices may have damaged the root system in the container but the impact does not show yet. The plants may have been given rough treatment during transport and the effects don’t show up until much later.

You may water your plant regularly but put the water too far away from the root ball to do any good. The nursery where the plant was grown may have had a sandy soil and your soil is clay and the water does not migrated from one to the other very well. You may go on vacation in July and miss watering during the two hottest, driest weeks of the year.

In the end, you need to control those things that are under your control. Keep the area of the transplanted root mass moist but not waterlogged. Plant at the proper depth in the soil. Buy from reputable nurseries. Take care in handling transplants of any type. Do all these things and you will have success…most of the time.