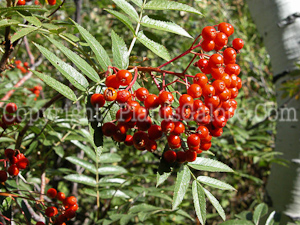 The mountain ash (Sorbus species) may come from the mountain but it is not really an ash tree (Fraxinus species). It is actually a close relative the apples (Malus), pears (Pyrus) and roses (Rosa) since it is a member of the Rose Family (Rosaceae). Therefore, it is susceptible to many of the same diseases of its relatives including the fungal leaf disease, apple scab and the more serious bacterial disease, fireblight. The better news is, that since it is not a true ash, it does not get attacked by the  Emerald ash borer which is in the process of killing millions and millions of ash trees throughout the Midwest. 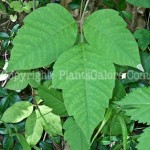 Seedlings of the boxelder tree (Acer negundo) have prominent “leaves of three” and are often mistaken for poison ivy.  As they grow, however, they soon form a tree-like central stem and stand upright on their own. Poison ivy (Toxicodendron radicans) is a vine and needs something upon which they can grow such as a tree trunk or fence to raise their foliage toward the sun.

Douglas fir (Pseudotsuga menziesii) is not a fir (Abies species), however, Kirk Douglas was the star of Sparticus. Douglas fir was named after the plant explorer, David Douglas. It is a tree that somewhat resembles a hemlock (Tsuga canadensis) thus the genus name, Pseudotsuga. The specific ephithet, menziesii, is in honor of another famous plant explorer, Archibald Menzies. Gee, there some of these scientific names actually do have some rhyme and reason.

Dutch elm disease killed primarily American elms (Ulmus americana). The disease is believed to have come from Holland on some veneer wood, thus the name. You would be amazed at how many people think that it attacks “Dutch” elms when there is no such thing…as far as I know, anyway. 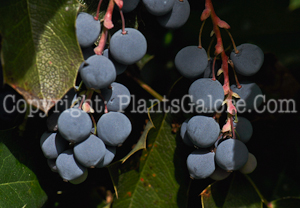 Oregon grape holly (Mahonia aquifolium) is not a holly (Ilex species). It may be from Oregon but the purplish fruit it develops are not good for making wine…at least not in the classic sense. I know that people make wine out of all kinds of stuff including dandelion greens so who knows.

The roots of black walnut trees (Juglans nigra) form a substance called juglone that is poisonous to many other plants. Tomato plants growing near walnut trees will often wilt and die in late July. However, many other plants do not seem to be affected. For those that are impacted by juglone, the chemical gets into the roots and soon gums up the water carrying vessels. Thus, the plants start to wilt during the hottest part of the summer when water demands are greatest.

Our beloved, Hostas used to be called Funkia after a guy named Heinrich Christian Funck. There was a rock group called the Funkadelics but I don’t think they had anything to do with hostas. Hostas were also called Plantain Lily but that too has been largely abandoned by the gardening public. Today it is simply, Hosta. 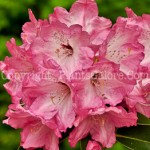 Spider mites are not insects. Insects have six legs. Spiders and their relatives have eight. Eight is Enough was a television program back in the 70’s. Perhaps the key here is to know that many of the commonly used insecticides are aimed at…guess what…six legged creatures. They may not be effective against the eight legged critters that are sucking juices from our plants. You can learn more about insects and even help us identify some…Name That Bug. 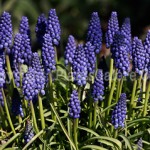 Grape hyacinth are not hyacinths. They are in the genus Muscari. Their fruit makes lousy wine. See Oregon grape holly above for a discussion of wine makers.

Bats have their young during the first two weeks of June. The runt of the litter is always named Robin.

Yellowjackets, wasps and hornets live just one year. Only the queens survive the winter and re-establish new nests the following spring. The rock band, “Queen” minus their wonderful, late lead singer, Freddie Mercury, maintains a nest in England.